It did not take new FCC Chairman Ajit Pai long to start creating his own legacy at the FCC.  This past Friday saw a flurry of orders revoking actions taken by the Wheeler FCC and a new war of statements between the Republican and Democratic Commissioners.  We also got some idea as to what transparency will mean, as well as the direction the FCC will take on inmate calling service rates and Lifeline broadband service. See TMI Blog article New FCC; New Changes posted 2/1/17.

As expected, the FCC’s Wireless Telecommunications Bureau closed its inquiries into AT&T's Sponsored Data and Data Perks programs, T-Mobile's Binge On program, Verizon's FreeBee Data 360 offering, and Comcast’s Stream TV Service.  All the statements state that “[a]ny conclusions, preliminary or otherwise, expressed during the course of the inquiry will have no legal or other meaning or effect going forward.”  The Bureau also set aside and rescinded its January 11, 2017, report “Policy Review of Mobile Broadband Operators’ Sponsored Data Offerings for Zero Rated Content and Services” in which it concluded that some of these plans and practices likely violated the FCC’s Open Internet general conduct rule.  Also rescinded and set aside is “any and all guidance, determinations, and conclusions contained therein, including the document’s draft framework. The Policy Review Report will have no legal or other effect or meaning going forward.”

In addition, the FCC announced that it would consider an item that would reinstate the small business exemption from the Open Internet enhanced transparency rule at its February Open Meeting.  According to the tentative agenda, the order would grant a five-year waiver to broadband Internet access service providers with 250,000 or fewer broadband connections.

On Friday, the FCC released a rash of bureau-level orders retracting Reports and White Papers released in the waning days of the Wheeler administration.  The retracted items were an E-Rate Modernization Progress Report and whitepapers on Improving the Nation’s Digital Infrastructure and Cybersecurity Risk Reduction.  See the Regulatory Mix dated 2/6/17 for more details.  Also rescinded was a Notice of Inquiry seeking comment on new security issues related to the implementation of the 5G wireless network.  As a result of the retractions or rescissions, none of the items will have any legal effect or other meaning going forward.  As part of the flurry of activity, the FCC also rescinded some Media Bureau items, including a 2014 guidance on broadcast sharing arrangements.  In each case, no specific explanation was given for the rescission or retraction.

The FCC also issued an order retracting the Lifeline Broadband Provider designations of nine providers and asked the Court hearing NARUC’s appeal of the Lifeline order to hold the case in abeyance while it determined how to proceed.  See the Regulatory Mix dated 2/6/17 for more details.

Chairman Pai characterized these actions as revoking the “midnight regulations” of the prior FCC, complaining they were controversial orders and reports issued either without advance notice or over the objections of two Commissioners.  “These last-minute actions, which did not enjoy the support of the majority of Commissioners at the time they were taken, should not bind us going forward. Accordingly, they are being revoked.”

Commissioner Clyburn, on the other hand, called the actions a “Friday news dump” saying: “Today is apparently ‘take out the trash day.’ In an eponymous episode of the West Wing, White House Chief of Staff Josh Lyman stated: ‘Any stories we have to give the press that we’re not wild about, we give all in a lump on Friday . . .Because no one reads the paper on Saturday.’ Today multiple Bureaus retract—without a shred of explanation—several items released under the previous administration that focus on competition, consumer protection, cybersecurity and other issues core to the FCC’s mission.”  She went on to accuse the new FCC Chairman of doing exactly what he had criticized the previous Chairman of doing, not providing sufficient reasoning for its decisions and not allowing the other Commissioners sufficient time to review documents to be released.

In a less contentious action, Chairman Pai also announced a pilot program to release to the public the full text of documents being circulated to the Commissioners for a vote at the FCC’s next Open Meeting.  (Traditionally, these documents, and the draft proposals contained therein, were circulated internally three weeks before an Open Meeting, but not made available to the public until after the final vote.)  In the pilot, the text of two media items on the February agenda were released to the public; one is a Notice of Proposed Rulemaking and one is a Report and Order.  These items were chosen as they are “essentially the beginning and the end of a conversation that an administrative agency has with the American public about regulation.”  If the test is successful, the Chairman hopes to “make it the norm to publicly release, well in advance, the text of all agenda items for monthly Commission meetings.”  Public comments may be filed in response to the draft orders.

And just this afternoon he announced another process change aimed at increased internal transparency.  He pledged that “during my tenure as Chairman, my office will share with every Commissioner’s office every item that will be considered at an open meeting before anyone in my office discusses the content of those items publicly or the FCC releases the text of those documents.”

In advance oral argument scheduled for February 6, 2017, the FCC’s Deputy General Counsel informed the Court that the FCC is “abandoning, and I am not authorized to defend at argument, the contention- contained in Section I of our brief- that the Commission has the authority to cap intrastate rates for inmate calling services.”  He also told the Court that he was not authorized to defend the argument contained in Section III.B of the brief that “the Commission lawfully considered industry-wide averages in setting the rate caps contained in the Order.”  The Department of Justice followed suit, informing the Court it would also not defend those portions of the order.

In all, it’s been active first two weeks for the new FCC.  Keep your seatbelts fastened!!

Listen to Telecom Reseller podcast with Don Witt and TMI's Hal Stinger via the link below. 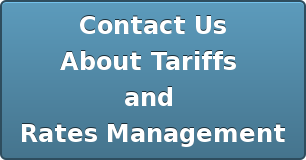