Today's Regulatory Mix: USDA Announces End of Round One for ReConnect Program with Iowa Award, FTC Obtains Final Order Against Do Not Call Violators

USDA Secretary Sonny Perdue announced that USDA is investing more than $500,000 to provide broadband service in unserved and underserved rural areas in Iowa. This investment is part of USDA’s round one investments through the ReConnect Pilot Program.

“The need for rural broadband has never been more apparent than it is now – as our nation manages the coronavirus national emergency. Access to telehealth services, remote learning for school children, and remote business operations all require access to broadband,” said Secretary Perdue. “I am so proud of our rural communities who have been working day in and day out, just like they always do, producing the food and fiber America depends on. We need them more than ever during these trying times, and expanding access to this critical infrastructure will help ensure rural America prospers for years to come.”

Today’s Iowa announcement marks the final announcement from round one of the ReConnect Program.  Since October 2019, USDA has invested $744 million to bring high-speed broadband e-Connectivity to approximately 172,000 households, 19,000 rural small businesses and farms, and more than 500 health care centers, educational facilities, and critical community facilities located in 34 states.

FTC Obtains Final Order Against Do Not Call Violators

The FTC announced it has received approval of a final order against Jasjit “Jay” Gotra, the founder and CEO of Alliance Security Inc. (Alliance), which the agency charged in 2018 with causing more than one million calls to numbers on the National Do Not Call (DNC) Registry.  The complaint also alleged that Alliance performed illegal credit inquiries on unsuspecting potential customers.

The order resolves the FTC’s litigation in this case.  It bans Gotra from nearly all outbound telemarketing, prohibits him from violating the Fair Credit Reporting Act (FCRA), and bars him from misrepresenting his affiliation or association with any other business.  It also imposes a $9.85 million civil penalty, of which Gotra will pay $88,000, based on his limited financial resources.

“Illegal telemarketing calls aren’t the way to sell home alarm services or anything else,” said Andrew Smith, Director of the FTC’s Bureau of Consumer Protection.  “We fight against unwanted calls on many fronts, and we’re in it for the long haul.”

According to the FTC’s complaint, Gotra and Alliance are repeat violators of the Telemarketing Sales Rule (TSR), which prohibits calls to numbers on the DNC Registry.  Alliance installed home security systems, and its employees allegedly made illegal outbound calls to solicit sales.  Gotra and Alliance (then known as Versatile Marketing Solutions, Inc.), previously settled similar FTC allegations in a 2014 court order.

The 2018 complaint alleged Gotra and Alliance never complied with the 2014 court order.  Instead, Alliance and Gotra violated the TSR again by making illegal calls and by contracting with third-party telemarketers that also made illegal calls to market Alliance’s services.

The complaint also alleges that Alliance and Gotra obtained consumers’ credit reports and credit scores without consumers’ knowledge or permission, and without having a permissible purpose, in violation of the FCRA.  Alliance’s improper credit inquiries were so widespread, the complaint alleges, the company even tried to obtain credit reports of Presidents Trump and Obama. 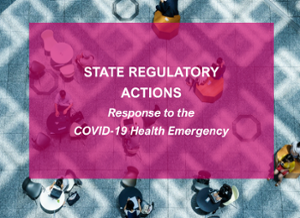